With a long history of brass bands in my musical life, following my move to Germany, I had no great expectations of being able to continue playing this genre of music. But boy, was I wrong!

When I first got here, I had a short spell rehearsing with a Symphonic Wind Orchestra – my thanks to the great team at Werkskapelle der Böhlerwerke in Dusseldorf for the warm welcome. They run the Symphonic band though only in the winter months with a focus on more traditional Schützenfest activities for the bulks of the year. I have to admit that marching these days is not my favourite musical activity so I continued my search for a British style Brass Band.

A chance email to the President of Cologne Concert Brass led to an opportunity to initially sit on the end of the front row cornets which has since seen me return for a short while to my brass band instrument of choice, Soprano Cornet.

I have to say this is probably the best brass band I have had the pleasure of playing with and a great bunch of guys and gals – a band I really feel at home with. Judge for yourself from this contest performance of Phillip Sparke’s “A London Overture” from the 2013 German Brass band Open contest:

The band has a superb set up with 3 bands of varying levels – it has also been a real pleasure to be working from time to time with the Academy Band although sometimes a test of my German language skills! (really must get the hang of not calling them crotchets and quavers!). 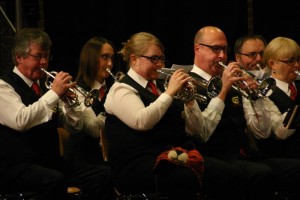 Next up though is a change of style for the period of the Cologne Christmas Markets where the band provide small ensembles every day except Sundays from 23rd November through to a band party on 23rd December.  I will be there on Wednesdays and Sundays during this period. We also dress the part for this event!:

The next big event for us though is the German Championships in Bad Kissingen where we will be competing in the top section. If we were to win this, we would get an invite to the European Championships in 2017 – that is something I could never have achieved back in the UK!

I have also been looking to get into the Orchestral scene here – that has taken longer to do but I finally have my first gig on Christmas Eve in Essen for a performance of Mozart’s Mass in C Minor. This came about as a result of contacting a fine local Orchestra, the Bayer Symphoniker with whom I am hoping to perform Nielsen’s 2nd Symphony in May. Fingers crossed that all comes together!

Finally, this year gave me an opportunity to reconnect with a couple of old friends over here. Firstly, Tim Lord who taught me to play and to whom I owe my lifetime of fun as a musician. Tim has been organising band trips to the town of Bitburg for many years now with the band now being run by the talented Max Joseph under the name of Coronation Brass. I joined them in Bitburg this year for a great weekend of music making and of course the delights of the local brewery!

The other was my old army colleague and friend Dave Clark – Dave runs a very successful music school Oerly Music over here and it was a real pleasure to perform with his big band at the Oerlinghausen Schützenverein Family Day in June. 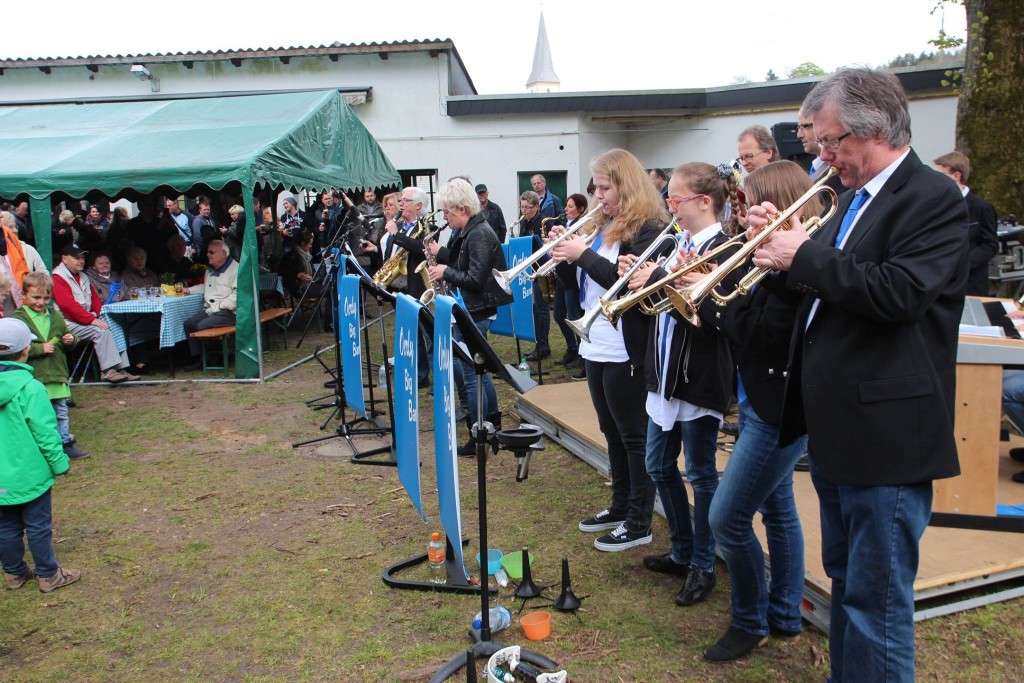 2016 promises to be an exciting year – I will no doubt be updating this blog more often now that my musical life here is starting to take off!