It’s been a while since my last post in fact, over a year so a lot to catch up on!

I have really enjoyed by time musically over here in Germany and will miss all the friends I have made here. But my plan will be to visit often and play when I can with both Cologne Concert Brass and the Bayer Symphoniker.

It’s been another busy year since the last blog – my first contest of t2017 came in April when I played with Cologne Concert Brass Academy band at the Gouden Spiker band contest in Holland. Here’s the video of our contest programme:

Then in May, the Force was 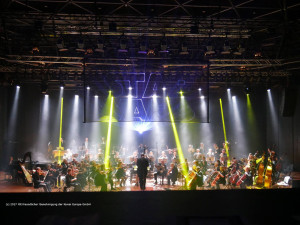 with us as the Bayer Symphoniker performed a superb concert to a packed house in Krefeld featuring the John Williams Star Wars Suite with lights and laser effects. The picture doesn’t do this justice as the laser generated death stars, fighters and Darth Vader etc. can’t be seen but it was pretty spectacular!

More contesting in July as the main band from Cologne Concert Brass attended the World Music Festival in Kerkrade where we performed “On Alderley Edge” by Peter Graham and “Dances and Arias” by Edward Gregson. Sadly, not in the prizes this time around.
This was a busy week for me as I drove straight to Kerkrade from Bitburg (and back again as soon as we had played!) where I had been conducting Coronation Brass at the annual Folklore Fest! This is always a fun gig and this year was no exception! I had to miss just one of the sessions but they did well without a conductor as can be seen in this video of Nick Jones performing Coronation Brass’s version of a local Bitburg song “hei lustig bebriger joungen”!

Looking forward to conducting them once again this year in July! 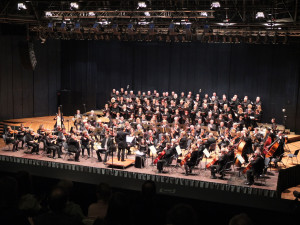 r, it was back to Orchestral gigs with 2 presentations of the Brahms „Deutsche Requiem in Königswinterer & Krefeld together with the Chamber Choir Oberpleis & the  Audienda-Choir. This was the first time I had performed this work and I hope not the last.

In December, I performed a programme of Albinoni & Teleman works with a chamber group in Dorenburg – been a long time since i did this kind of concert! 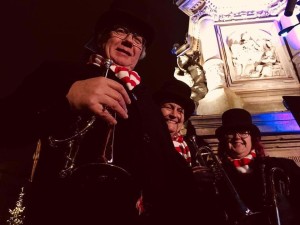 Then back to finish the year at the Cologne Christmas market with Cologne Concert Brass – this is a really enjoyable end to the year and nice to have a couple of UK pals over to join in the fun! 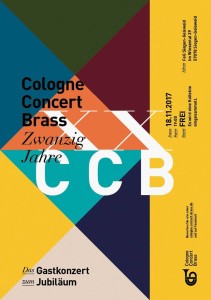 2017 also saw the start of celebrating 20 years of CCB with concerts in Cologne & Siegen, The band was probably one of the first British style Brass Bands in Germany and has gone from strength to strength since its formation.

Getting up to date, my first gig of 2018 was a trip to a very cold Skegness to play with Brighton & Hove City Brass at the Butlin’s Mineworkers contest! This is always a fun weekend, especially with my old pals at Brighton. We performed Vaughn Williams “Henry V” – sadly, didn’t get the placing we thought we deserved but we party as if we have 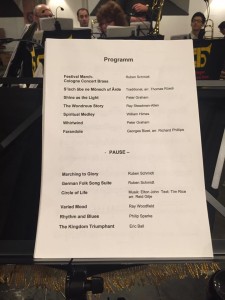 In February, Cologne Concert Brass returned to the town of Sprockhövel where we have traditionally played in January. This is the home to our one time sponsors, Fasch Musical Instruments and is always an enjoyable gig – here’s the programme!
The same programme was also presented in Bergish-Gladbach in the most unusual venue so far – a Car Dealership showroom!

Looking forwards, there’s still a lot to do before I return to the UK. I am currently rehearsing with the Bayer Symphoniker for 2 performances of the Mahler arrangement of Beethoven 9 in our usual Krefeld venue plus a first for me, in the wonderful Dusseldorf Ton Halle. The concert also features another new work for me which I am enjoying immensely – Ernst Boehe’s Tragic Overture.

Then in May, it’s time for the German Brass Band Championship contest in Bad Kissingen where our set piece is the wonderful “Spectrum” by Gilbert Vinter plus an own choice work. It would be nice to win this one and gain my first ever National Championship title! (need to follow up with a British title once I am back!).

On my return to the UK, I am pleased to confirm that I will be rejoining the wonderful Sussex Symphony Orchestra! Some great concerts ahead including the Verdi Requiem – tickets for all their concerts are available here.

As for brass banding, I am looking for an MD position in the South East – so send me a message of your band is looking for a new man in the middle! I will miss the friendship and music at Cologne Concert Brass and sign off this blog with an appropriate video from one of our anniversary concerts.