Because of my day job, my musical life over recent years has become somewhat itinerant and most of my gigs now are as a dep performer. My last post talked about this from my perspective as a conductor.

As a player, I was asked a short while back to guest at a rehearsal with the Jetstream Big Band.I had played with them once before when they had a different bandleader. So, I arrived, expecting to be on 3rd or 4th trumpet, and was handed the lead trumpet pad and was introduced to their new leader, Raul D’Oliveira who is an absolute legend as a player! The opportunity to sit next to Raul and hear him play was an unexpected pleasure and one which you too can enjoy from this clip of his appearance on BBC TV’s “Songs of Praise”:

Whilst not playing on this occasion, I was very pleased to be support Simon D’Souza’s work which has been released on CD by the fabulous “Straight No Chaser” Big Band. Simon was sadly diagnosed with a tumour in 2012 and wanted to get a lot of his music recorded whilst he still has the chance. Please support Simon’s charity and buy the cd “Navigation”! 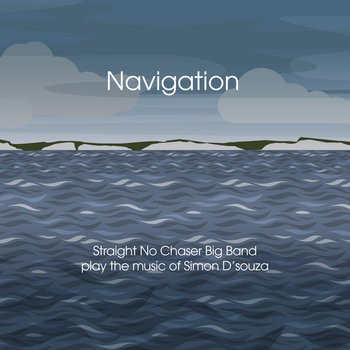 The first Sussex Symphony concert this year was a real treat – I am a great lover of Elgar and Nimrod in particular so to perform The Enigma Variations in Hove Town Hall recently was a real treat and how nice to be at a venue that is less cavernous than St. Bartholomew’s church!  Judge for yourself:

This was also a good test of my mini HD flipvideo which did a great job for something so small!

It was also really nice to get an opportunity to play lead trumpet again with the Tony Strudwick Orchestra recently – a position I had previously held back in the late 80’s for approx. 10 years.

Of course, the year hasn’t been without brass bands either! Playing tuned percussion for a change, Uckfield Concert Brass actually had a gig we could walk to! And proving that brass bands are as much showbiz as anything else:

There’s No Business Like Show Business!
(Recorded at Church of the Good Shepherd, Brighton during a concert for Brighton Rotary.)

I also had a rare opportunity to play inside Chichester Cathedral for the Judges Service in early March. Having signed a disclaimer, myself and Nick Trish climbed the spiral stairs to the rood loft above the aisle and played fanfare trumpets for hymns and the National Anthem.

My most recent gig was with Brighton & Hove City Brass where I played with them at the London & Southern Counties regional competition – if you get in the top 3, this gets you invited to the National Championship Contest later in the year. I’m please to say that the band performed extremely well on the day and did indeed get that 3rd placing! Well done!

So, what’s next? More fanfares in March, Verdi Requiem in April and more brass band contesting both with my own band, Uckfield Concert Brass and helping Brighton & Hove once more. Plenty to keep the lip muscles in good shape!